The Apereo Foundation Conference Committee is pleased to welcome one of our own, Dr. Charles Severance (a.k.a. Dr. Chuck), as he delivers his talk Connecting MOOCs and Employment through Open Source Projects as part of The Value of Open Source IT Leadership track at Open Apereo 2022. 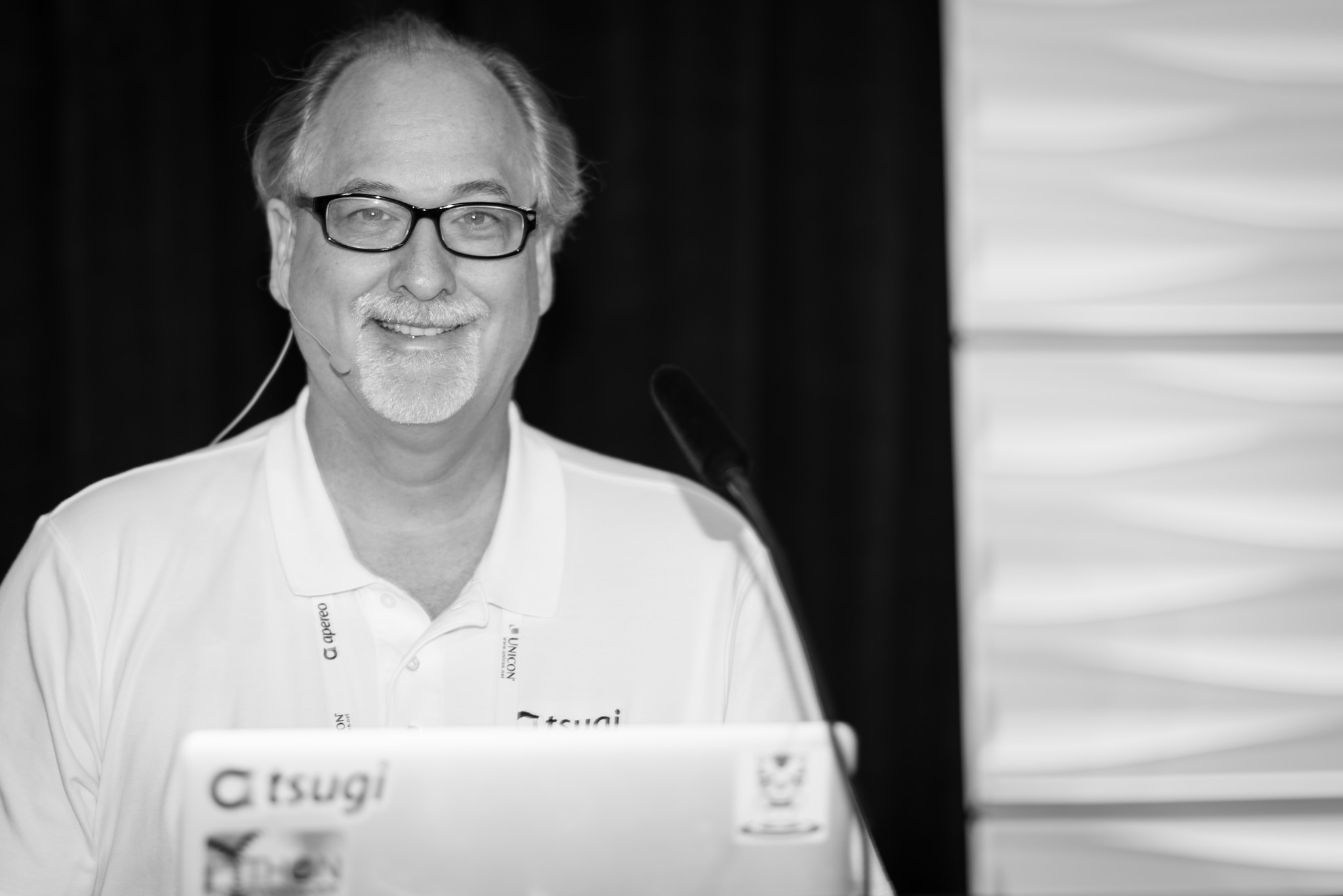 Now that Coursera and other MOOC platforms are almost a decade old (Coursera was founded in 2012), it seems as though we have greatly expanded the opportunities for high quality education irrespective of the location or means of the student. As an example, Dr. Chuck's Python for Everybody has graduated over a million new Python programmers. Some students who complete their education using MOOCs end up getting a job - often as a successful career pivot. However it is more challenging for someone in their early 20's to parlay a MOOC-based education into that all-important first job. For students enrolled in traditional higher education, they have access to career counseling, internships, and an alumni network that eases the transition from education to employment. So far we have no solution to this problem that scales and is independent of the location and means of the student. This presentation will explore how Open Source projects might just be the perfect place to fill this gap for students around the world.

Charles Severance is a Clinical Professor and teaches in the School of Information at the University of Michigan. He teaches over popular Massively Open Online Courses (MOOCs) including Python for Everybody - the most popular online programming course in the world on the Coursera, edX, and FutureLearn platforms. He is also a long-time advocate of open source educational technology and open educational resources to empower teachers.

Charles was the editor of the Computing Conversations column in IEEE Computer magazine from 2011-2017 that features a monthly article and video interview of a computing pioneer. Charles is the author of several books including: Python for Everybody, Sakai: Building an Open Source Community", "Using Google App Engine", from O'Reilly and Associates and the O'Reilly book titled, "High Performance Computing". Charles has a background in standards including serving as the vice-chair for the IEEE Posix P1003 standards effort and edited the Standards Column in IEEE Computer Magazine from 1995-1999.

Charles is active in media, he produces a podcast on privacy at LearnerPrivacy.org and has co-hosted several television shows including "Nothin but Net" produced by MediaOne and a nationally televised program about the Internet called "Internet:TCI". Charles appeared for over 10 years as an expert on Internet and Technology as a co-host of a live call-in radio program on the local Public Radio affiliate (www.wkar.org).

Charles has a B.S., M.S., and Ph.D. in Computer Science from Michigan State University.